Principal Conductor of the Philharmonie Sudwestfalen and of the North Czech Philharmonic, Charles Olivieri- Munroe was formed at the Royal Conservatory of Music and at the Toronto University. He studied with Yuri Termikanov, Otakar Trhlik or Jiri Belohlavek, among others. His international career launched when he won the First Prize at the Prague Spring International Music Festival.

In the Opera House, he has appeared at the Berlin Komische Oper, Teatro Fenice in Venice, Prague National Opera, Milan, Amsterdam, Lago di Como, etc; conducting Operas by Verdi (Aida, Falstaff), Mozart (Don Giovanni) or Stravinsky (Le Rossignol), among many others. He has premiered pieces by several Czech composers as Martinu or Karel Ancerl, as well as the original version by Jenufa de Janacek.

Under his artistic leadership of the North Czech Philharmonic (position he holds since 2007) this orchestra has seen a dramatic increase in its size, budget and international reputation. It has recorded for labels such as Sony, RCA, Red Real, Naxos, SMS Classical, Naïve Records, etc.
In the recent past he has held the position of Principal Conductor of the Colorado “Crested Butte”, Artistic Director of the Inter- Regionales Symfonie Orchester in Germany, Chief Conductor of the Slovak Radio Symphony Orchestra in Bratislava and Associate Conductor of the Brno Philharmonic and the Karlsbad Symphony Orhcestra.

Today, Charles Olivieri- Munroe is a key personality with the major musical institutions in Prague including the Spring International Festival and the Prague Academy of Music. 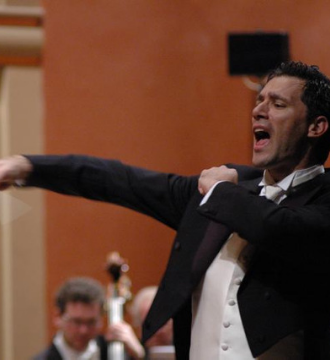