Having made her concerto debut at the age of five with the Hamburg Symphony Orchestra, Kang has since performed with leading European orchestras including the Leipzig Gewandhaus, Cologne Chamber Orchestra, Kremerata Baltica, Rotterdam Philharmonic, Orchestre National de Belgique and the Orchestre de la Suisse Romande. 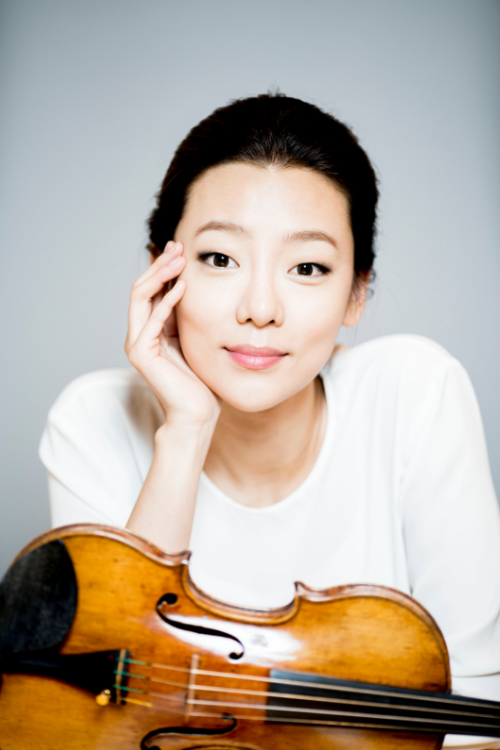 In the USA she has performed with orchestras including the Atlanta, New Jersey, Indianapolis and Santa Fe Symphony Orchestras, whilst elsewhere highlights have included appearances with the Mariinsky Orchestra, NHK Symphony Orchestra, Tokyo Metropolitan Symphony Orchestra, New Japan Philharmonic, Hong Kong Sinfonietta, NCPA Beijing Orchestra, Macao Philharmonic and the Taipei Symphony.  A prominent figure in Korea, Clara-Jumi Kang has performed withall ofthe major Korean orchestras and in 2012 was selected as one of the top 100 “Most promising and influential people of Korea” by major Korean newspaper Dong-A Times.  She returns annually to Korea for tours and was awarded the 2012 Daewon Music Award for her outstanding international achievements, as well as being names Kumho Musician of the Year in 2015.

Clara-Jumi Kang’s first solo album entitled “Modern Solo” was released on Decca in 2011 and featured works including Schubert’s Erlkönig and Ysaÿe Solo Sonatas.  Her second recording for the label of Brahms and Schumann Violin Sonatas with pianist Yeol-Eum Son was released in 2016.

European concerto highlights of the 2019/20 season include performances with the Warsaw Philharmonic/Boreyko, Cologne Chamber Orchestra/ Poppen and a tour of Portugal with the Macao Orchestra/Jia.  She returns to Japan to perform with the Hyogo Performing Arts Center Orchestra/Vedernikov and to the US with the Pacific Symphony Orchestra/Arming.  In Korea she tours with the Mariinksy Orchestra/Gergiev and performs with the Seoul Philharmonic Orchestra/Chung.  As a recitalist and chamber musician she returns to the Spectrum Concerts series at the Berlin Phlharmonie, and takes part in the Clas Clas and Pyeongchang Chamber Music Festivals.  With her regular duo partner Sunwook Kim she undertakes a complete Beethoven Violin Sonata cycle at the Marvao Festival.

Born in Germany to a musical family, Clara-Jumi Kang took up the violin at the age of three and a year later enrolled as the youngest ever student at the Mannheim Musikhochschuhle.  She went on to study with Zakhar Bron at the Lübeck Musikhochschule and at the age of seven was awarded a full scholarship to the Julliard School to study with Dorothy Delay.  She took her Bachelor and Masters degrees at the Korean National University of Arts under Nam-Yun Kim before completing her studies at the Munich Musikhochschule with Christoph Poppen.

Clara-Jumi Kang currently plays the 1708 “Ex-Strauss” Stradivarius, generously on loan to her from the Samsung Cultural Foundation Korea. 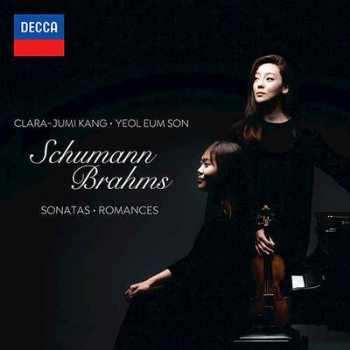 An artist of impeccable elegance and poise, Clara-Jumi Kang has carved an international career performing with the leading orchestras and conductors across Asia and Europe. Winner of the 2010 Indianapolis International Violin Competition, Kang’s other accolades...