Joan Enric Lluna is a versatile musician who combines his work as a clarinetist with conducting and teaching. His commitment to chamber music has led him to perform with first class string quartets such as the Alexander, Tokyo, Jerusalem, Brodsky or Sine Nomine, and share trios with artists like Tasmin Little and Martin Roscoe or Lluís Claret and Josep Colom.

In 2005, he founded Moonwinds and he manages since 2009 the International Festival Residéncies of Chamber Music in Godella, Valencia. 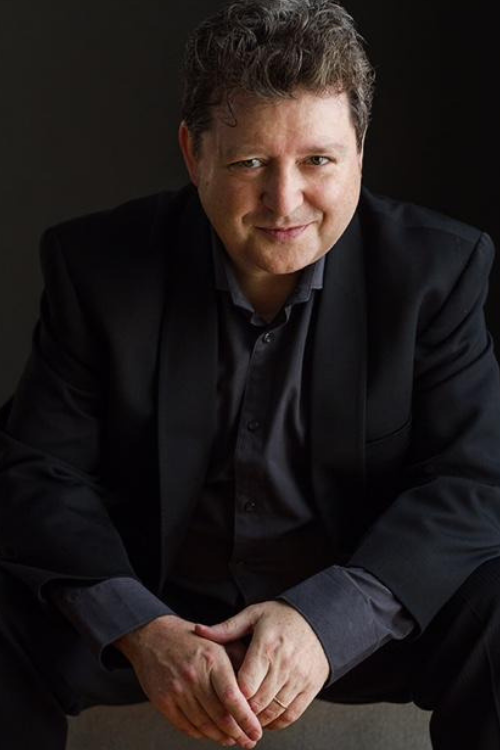 As a soloist, Joan has played much of the repertoire for clarinet and has premiered concerts from composers such as Sir John Tavener, C. Cano or J. Guinjoan. It must be mentioned the premiere of “Qualia” with Zubin Mehta and “Elogio del Horizonte”, both written by Sánchez Verdú. Joan premiered this last piece in Madrid with the Orquesta Nacional de España and Harth-Bedoya, and performed it later on in Munich with the Bayerishe Rundfunk, with great success.

Among his recordings have to be highlighted the Mozart Concerto K622, with Neville Marriner (Tritò) and Antony Pay (Cala). He has recorded with Brodsky, Tokyo and Alexander Quartets, and has 5 CDs devoted to Spanish music for Clarinet Classics and Harmonia Mundi. He has recorded with Moonwinds previously unreleased “Amusements” by Martín y Soler, and the “Gran Partita and Serenades” for winds by Mozart.
Joan has performed as soloist-conductor with orchestras including the Orquesta Pablo Sarasate in Pamplona, Covent Garden Chamber Orchestra or Kensington Chamber Orchestra of London. He has also led the Scottish Chamber Orchestra, the winds of the Palau de les Arts Reina Sofia, etc.

Joan was co-founder of the Orquestra de Cadaqués, in which he is first clarinet. He is also teacher at the ESMUC, Barcelona; the Trinity College of Music in London; and is regularly invited to give master-classes and recitals in major musical institutions such as California State University, Royal College and Royal Academy of London or the Royal Scottish Academy of Music in Glasgow Music de Glasgow.