Born in Kerimäki, Finland, Johann Tilli studied at the Sibelius Academy in Helsinki. After obtaining several awards like first prize in the Timo Musikallio Competition or second prize in the Lappeenranta National Singing Contest, he joined the cast of the Suomen Kansallisooppera, being regularly invited by the Staatsoper in Hamburg.

He has sung in the main European and American Opera houses and auditoriums like the Bayerische Staatsoper, Teatro Real in Madrid, Staatsoper Unter den Linden in Berlin or the Semperoper in Dresden, as well as in cities as Frankfurt, Zurich, Amsterdam, Moscow, Tel Aviv, Tokyo or New York. He has been invited by the most imporant Opera festivals such as the Savolinna Festival or the acclaimed Bayreuth Festival.

In addition to performing with major orchestras in Europe and Amercia, he has worked under the baton of prestigious conductors like Wolfgang Sawallisch, Claudio Abbado, Nikolaus Harnoncourt, Semyon Bychkov, Sir Andrew Davis, Giuseppe Sinopoli, Jeffrey Tate or Christian Thielemann.

His operatic repertoire led him to sing the major roles in operas such as Die Zauberflöte, Macbeth, Aida, Wozzeck and specially Wangner’s Operas like Das Rheingold, Lohengrin, Der fliegende Holländer, Parsifal or Tannhäuser.

In fact, Johann Tilli won in 2002 the prestigious Theo Adam Award for his Wagner’s performances. In his concert and oratorio repertoire we can include pieces by Berlioz, Rossini, Verdi, Beethoven, Mendelssohn, Haydn or Dvorak. 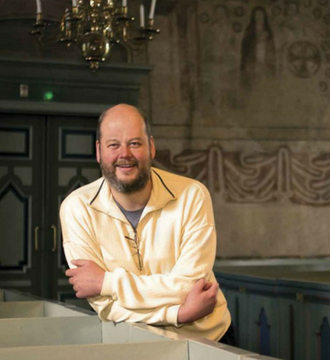