Born in Uruguay, of Russian and Polish parents, José Serebrier began his musical studies of violin, piano and composition in Montevideo. Later on he studied in the North American Curtis Institute and in Tanglewood with Aaron Copland, where he obtained the Koussevitzky award. He studied orchestral conduction with Pierre Monteux and Antal Dorati, who considered him his only pupil and successor.

When José Serebrier was 21 years old, he became Associate Conductor of the American Symphony Orchestra of New York, conducted by Leopold Stokowski who hailed him as “the greatest master of orchestral balance”. He has made concert tours throughout the world: United States and South America with the Scottish Chamber Orchestra and with the Orchestre National du Capitole of Toulouse, Europe with the Royal Philharmonic Orchestra, Germany with the Deutsche Symphonie of Berlin, etc.

As Composer, Serebrier has won most of the important awards in the United States, including two Guggenheims, Rockefeller, Harvard Musical Association, National Endowment for the Arts, Ford foundation, etc. Leopold Stokowski premiered several of his works in the Carnegie Hall of New York. More than 100 works have been published by Peters, Warner Bros or Kalmus, being most of them recorded by the London Philharmonica Orchestra.

He has recorded for the most important international labels, such as RCA, BMG, Decca, EMI, Warner Classics, etc. Among other disco graphic awards, he has received thirty- seven GRAMMY nominations in recent years. 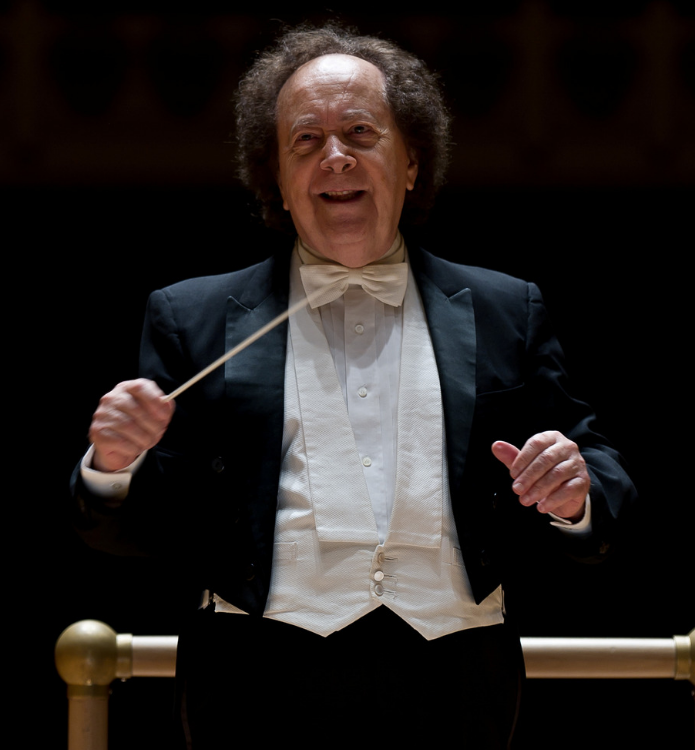