Born in Cuba, Leonel Morales currently holds Spanish nationality and lives in Spain since 1991. He has been awarded in the most important international piano competitions, like the William Kapell, Vianna da Motta, Corea, Sydney, Oporto, or the Fundación Guerrero Prize.

He has demonstrated his expressivity and virtuosity at his frequent apparitions around Europe, Asia, America and Oceania.

As well as playing with some of the most important Spanish orchestras, Leonel Morales has collaborated with prestigious international orchestras such as the Hamburger Symphoniker, Berliner Philharmoniker Virtuosos, Frankfurt-Oder Orchester, or the Orquesta Nacional de la RAI in Turin, amongst many others.

He has also worked under the baton of the most renowned Spanish conductors and some international conductors, like Michael Jurowski, George Pehlivanian, Adrian Leaper, Marzio Conti, or Antoni Wit.

In 2008, he was awarded the Tasto D’Argento de Italia Prize, “for his consolidated international career, making a special mention to his successful tour in twenty three of the best concert halls in U.S.A.” The main North American critics say he accomplished a notable success in this tour, where he interpreted the Number 1 Concerto by Tchaikovsky and the Third Concerto by Rachmaninov, with the Mexico State Symphony Orchestra, under the conduction of Enrique Bátiz. He later toured around the United States, leaving some critics such as the one published by the Washington Post after a concert he played with Rafael Frühbeck de Burgos and the Orquesta Nacional de España: “extraordinary interpretation and power”.

His labor as a pedagogue has been equally acclaimed, and has consequently imparted master classes at the Salzburg Mozarteum, at the Florida University’s Steinway Festival and at Houston University.

He has recorded for several labels, and has been awarded repeatedly for them, like when he obtained the Ritmo Prize for the best CD in 1994 (playing the Concierto Breve by Montsalvatge, with the Orquesta Sinfónica de Madrid and the Maestro Antoni Ros Marbá).

He is currently head of the Piano department at the Conservatorio Superior de Castellón. 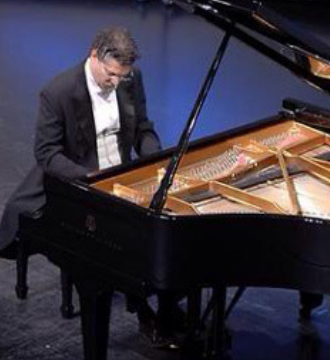 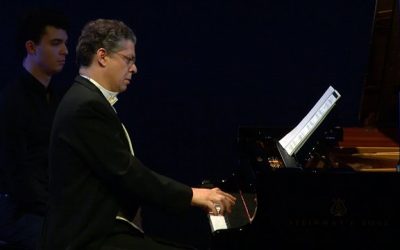