Born in Santiago, Maximiano Valdés began his studies in piano and violin at the Conservatory of Music there and continued at the Accademia de Santa Cecilia in Rome where he took courses in composition and conducting. Completing his diploma in piano, he decided to concentrate entirely on conducting and enrolled in the conducting classes of Franco Ferrara in Bologna,

Mr. Valdés made his American symphonic debut in October 1987 with the Buffalo Philharmonic and was immediately re-invited for the following season. After a successful return to the orchestra in 1989, he was appointed Music Director, a position he held for almost 10 years. In North America he has guest conducted many of the leading orchestras including the St. Louis, National, Montreal, Baltimore, Seattle, Houston, Dallas and New World symphonies and the Calgary Philharmonic. Summer festival appearances have included the Mann Music Center with the Philadelphia Orchestra, Caramoor, Interlochen, Grand Teton, Music Academy of the West and Grant Park in Chicago.

Recent and upcoming engagements include appearances in North America with the Indianapolis, Vancouver, Colorado, Phoenix, San Diego, Alabama, Charleston, Toledo and Virginia symphonies; the Buffalo and Louisiana Philharmonics; the National Arts Centre Orchestra in Ottawa; and the Eastern Music and Chautauqua festivals. Also an active international guest conductor, he has lead the Dresden Philharmonie, Russian State Symphony Orchestra, Warsaw, Krakow and Katowice Philharmonics, Nice Opera Orchestra, Lisbon Philharmonic, Israel Chamber Orchestra and all of the major Spanish orchestras in Europe; the Malaysian Philharmonic; the Sao Paulo Orchestra, Sao Paulo Opera Orchestra and Philharmonica of Minas Gerais in Brazil; and the Mexico City Philharmonic and UNAM Philharmonic in Mexico City. In October 2011, Mr. Valdés led the Orquesta Sinfonica del Principado de Asturias in a concert for the Pope at the Vatican.

An experienced opera conductor who has led productions in many of Europe’s leading opera houses, Mr. Valdés made his highly successful opera debut in France with La Traviata at the Nice Opera. Since then he has conducted productions in Paris, Lausanne, Rome, Berlin, London, Barcelona, Oslo, Copenhagen, Bonn, Asturias and Santiago, Chile. Mr. Valdés made his American operatic debut in May 1992 with the Seattle Opera conducting Cosi fan tutti and returned there in the fall of 1998 to lead Gounod’s Faust. Recent and upcoming opera appearances include Katya Kabanova and Samson and Delilah in Oveido, Spain; La Traviata and Gounod’s Romeo and Juliet in San Juan; and Lakme at the Teatro Municipal in Santiago, Chile.
Maximiano Valdés has recorded with the Royal Philharmonic, Monte Carlo Philharmonic, Nice Philharmonic and the Simon Bolivar Orchestra and had an exclusive agreement with Naxos to record works by Latin American and Spanish composers with his orchestra in Asturias. In the fall of 2014, he will record works by Roberto Sierra with the Puerto Rico Symphony, also for Naxos. 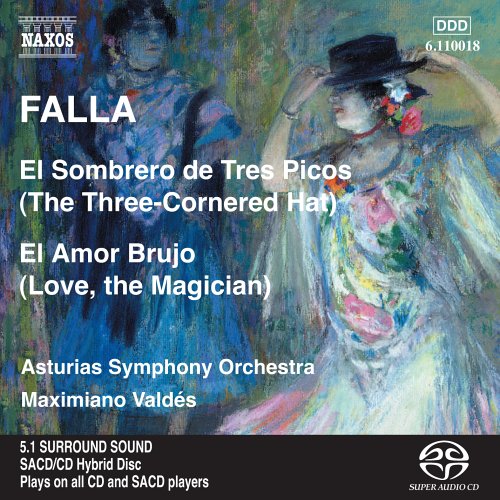