Hailed by the Washington Post as “an artist with the goods for a significant career”, Taiwanese-American violinist Paul Huang is already recognized for his eloquent music making, distinctive sound, and commanding stage presence.

Mr. Huang made his sold-out Lincoln Center recital debut on the “Great Performers” series this season.

Recent recital appearances include at the Kennedy Center (Washington D.C.), the Morgan Library (New York), Jordan Hall (Boston), the Louvre (Paris), National Concert Hall (Taipei), and Forbidden City Concert Hall (Beijing).  His first solo CD, a collection of favorite virtuoso and romantic encore pieces, is slated for a spring release on the CHIMEI label.  In association with the Camerata Pacifica, he also recorded «Four Songs of Solitude» for solo violin for their album of John Harbison works, which was released on Harmonia Mundi.

Mr. Huang’s concerto appearances have spanned the globe, in the United States with the Orchestra of St. Luke’s at Lincoln Center, the Louisville Orchestra, and the Hilton Head Symphony; in Hungary with the Budapest Dohnányi Symphony; in Mexico City with the Orquesta Sinfónica Nacional; and in Taiwan with the Taipei Symphony and the National Taiwan Symphony.  He has collaborated with such conductors as the late Christopher Hogwood, Jorge Mester, Markus Stenz, Shlomo Mintz, Carlos Miguel Prieto, Adreas Delfs, and Gunter Neuhold.
An avid chamber musician, he has been selected to join the prestigious Chamber Music Society of Lincoln Center CMS Two program from 2015-2018.  Mr. Huang is also a frequent guest at festivals including Crested Butte, Brevard, Saratoga, and abroad at Moritzburg (Germany), Sion (Switzerland), Great Mountains (Korea), and the CHANEL Festival (Japan).  He has collaborated with notable instrumentalists including Gil Shaham, Cho-Liang Lin, Nobuko Imai, Maxim Rysanov, Frans Helmerson, and David Geringas.

Winner of the 2011 Young Concert Artists International Auditions, Mr. Huang made critically acclaimed recital debuts in New York at Merkin Hall and in Washington D.C. at the Kennedy Center. Other honors include First Prize at the 2009 International Violin Competition Sion-Valais in Switzerland and the 2009 Chi-Mei Cultural Foundation Arts Award for Taiwan’s Most Promising Young Artists.
Born in Taiwan, Mr. Huang began violin lessons at the age of seven. Since entering the Juilliard Pre-College at fourteen, he has continued studies at the school with Hyo Kang and I-Hao Lee. Mr. Huang is a proud recipient of the inaugural Kovner Fellowship at The Juilliard School and plays the Guarneri del Gesù Cremona, 1742 ex-Wieniawski on loan through the generous efforts of the Stradivari Society of Chicago. 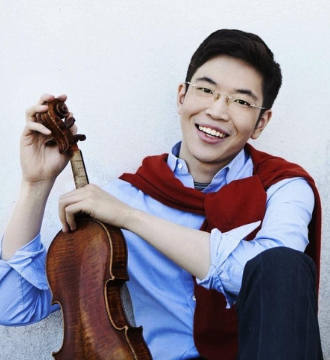 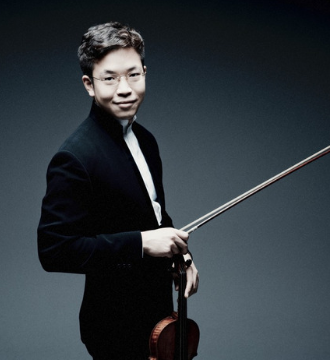