Born in Zagreb 1962 he completed his studies with Professor Prerad Detiček at the Zagreb Academy of Music and Professor Michael Höltzel at the Music Academy in Detmold, Germany. Radovan Vlatković is the recipient of many first prizes in national and international competitions, including the Premio Ancona and the ARD Competition in Munich – the first to be awarded to a horn player for fourteen years.

He served as Principal Horn with the Radio Symphony Orchestra Berlin under the baton of Riccardo Chailly and Vladimir Ashkenazy. From 1992 to 1998 he held the post of Horn Professor at the Stuttgart Musikhochschule. In 1998 he became Horn Professor at the renowned Mozarteum in Salzburg. Since 2000 he holds the Horn Chair “Canon” at the “Queen Sofia” School in Madrid.

Radovan Vlatković has participated in first performances of works by Elliott Carter, Sofia Gubaidulina, Heinz Holliger and Krzysztof Penderecki and several Croation composers who have written concertos for him.

He has recorded for labels like EMI, Decca, Philips, Grammophon or Teldec, among others, music by Mozart, Strauss, Saint- Saëns, Britten, etc. Radovan Vlatković plays a full double horn Model 20 M by Paxman of London. 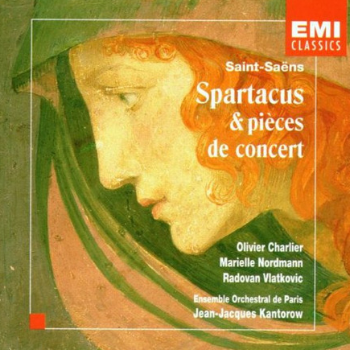