Born in Tashkent in the Soviet Union, and being American citizen since 1989, Yefim Bronfman is now days one of the most notorious pianists. In fact, he frequently performs as resident soloist in the most important halls and with the most eminent orchestras such as  the Carnegie Hall in 2008 or Los Angeles Philharmonic Orchestra in 2009.

He studied at the Rubin Academy of Music in Tel Aviv, and at the Juilliard School in Nueva York with Rudolf Firkusny, Leon Fleisher y Rudolf Serkin.

His intense and successful professional career has taken him to play in the most prestigious concert halls around the globe. In that way, he has played several times at the Concertgebouw in Amsterdam, at the Disney Hall in Los Angeles, the Kennedy Center in Washington or the Wigmore Hall in London, amongst many others.

Yefim Bronfman has played with the most renowned international orchestras, like the Berliner Philharmoniker, Philharmonia Orchestra in Londres, Orchestre Nationale in France, Israel Philharmonic Orchestra, Wiener Philharmoniker, Orchestre de Paris, Dresden Staatskapelle and the majority of the most important American orchestras.  Furthermore, he has performed with prestigious conductors such as Daniel Barenboim, Herbert Blomstedt, Charles Dutoit, Valery Gergiev, Zubin Mehta, Kurt Masur, Lorin Maazel, Mariss Jansons, James Levine, Esa-Pekka Salonen, Yuri Temirkanov and David Zinman, for example. He has been invited as a guest on a regular basis to play in relevant festivals such as the ones from Salzburg, Tanglewood, Verbier, Ravinia, Lucerne, etc.

He has also shared stage with Emmanuel Ax in various recitals and concerts as a duet, and has played chamber music with musicians like Yo-Yo Ma, Joshua Bell, Lynn Harrell, Shlomo Mintz, Isaac Stern, Jean-Pierre Rampal, Pinchas Zukerman, and many more.

Bronfman’s discography is large and varied, having recorded for labels such as Deutsche Grammophon, Arte Nova or Sony Classical. One of his records, featuring the three Conciertos for piano and orchestra by Bartók, received a Grammy award.

He also possesses the Avery Fisher Prize, considered to be one of the highest honours for American musicians. 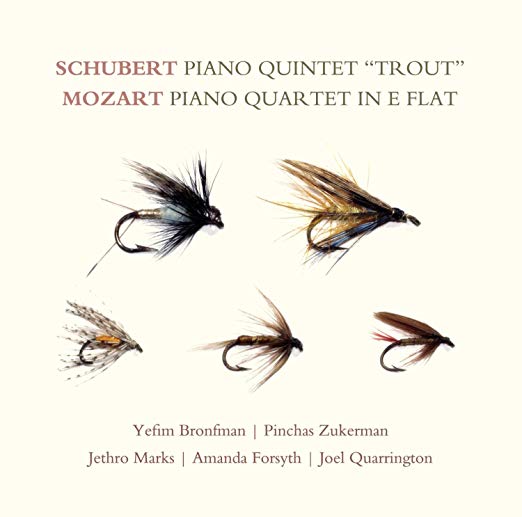